How Many Recyclables Go to Waste Every Year? 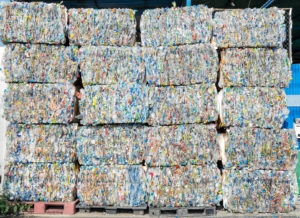 Statistics about the state of recycling in the United States are truly astounding, especially when you consider just how many recyclables go to waste every year.

How much do we throw away?

How much of the waste stream is recycled?

According to a 2012 article in the Los Angeles Times, an estimated $11.4 billion in recyclable materials pile up in U.S. landfills every year. Moreover, the U.S. lags behind other world leaders significantly when it comes to the percentage of recyclable packaging materials that are recaptured and reused. While Denmark has an 84% packaging recycling rate and Germany a 73% packaging recycling rate, for example, the U.S. is at just 48.3% for plastic packaging and just 52.7% for paper and paperboard products. This is aside from the billions of pounds of recyclable construction and demolition materials that go to waste every year.

The EPA estimates that while as much as 75% of waste is recyclable, only about 30% actually gets recycled.

We at Western Elite deliver front-load and roll-off containers to sites to fill local recycling needs, and we collect materials for processing at a local materials recovery facility, which removes recyclables from the waste stream so they can fill a need once again. We are one of the biggest recyclers in the state of Nevada, and we are constantly working to maximize our community’s recycling efforts. In short, we believe in helping you do your part to keep the planet green. If you are located in Nevada and would like to see how we can strengthen your recycling efforts, give us a call today at 702-550-0190.