The History of the Trash Collector 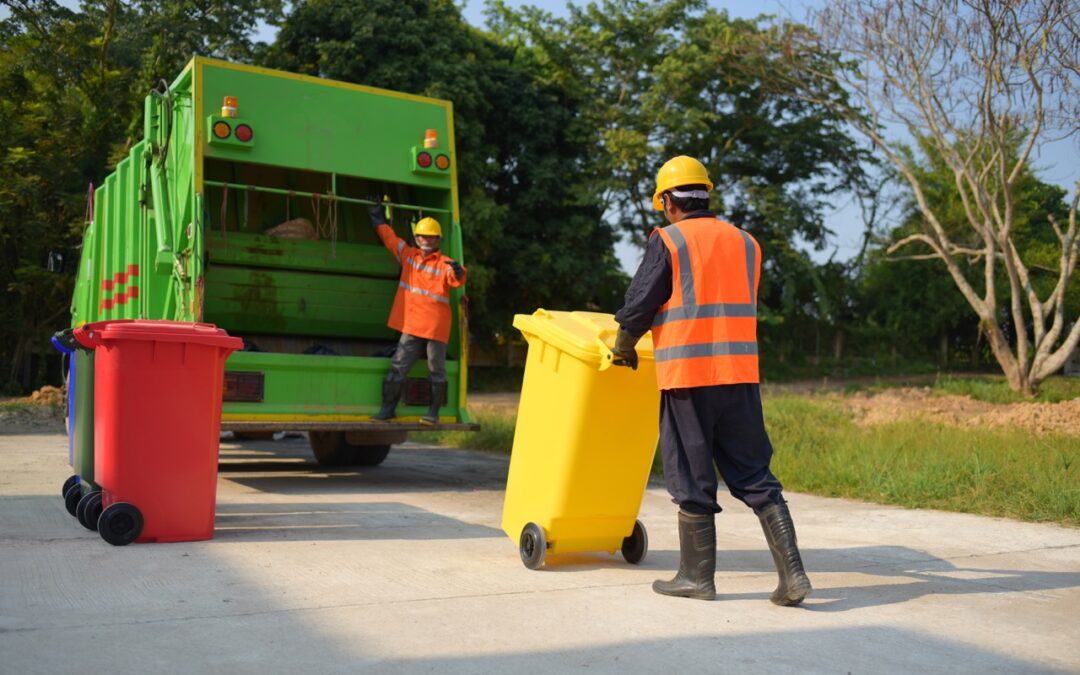 Do you ever give much thought to something you discard in the trash or recycling bin? Chances are you toss it and forget it. Thankfully, you can afford to do this because there are sanitation workers in the United States to take care of the issue of trash.

Take Out the Papers and the Trash

What’s seen as a chore for teenagers around the country is a career for many- taking out the papers and the trash is, according to the World Health Organization (WHO), bridging “the gap between sanitation infrastructure and the provision of sanitation services.” Thanks to sanitation workers, disgruntled teens carrying out weekly chores only have to go as far as the curb to call the deed done.

A Time Before Landfills

We’ve shared a bit about what it was like to dispose of trash in the early 1500s HERE, but did you know that sanitation collection may have gotten its beginnings in 1350s Britain? Before this time, of course, people had methods of disposing of waste, such as incineration or dumping it in landfills themselves. It’s believed the earliest landfill was developed in 3000 B.C. in Crete, and by 500 B.C. Greece declared it law that refuse be dumped at least one mile away from the city.

In 1350, The Black Plague killed 25 million people in the span of five years. When it became understood that rats were spreading the disease, weekly garbage collection was instituted as a way to remove the trash that housed and fed the rats.

Black Plague garbage collectors were known as rakers; they operated without sophisticated equipment and raked up refuse each week to be dumped into ditches or rivers. It would be about 30 years before British Parliament realized they were fixing one problem, but creating another. By 1388, trash could no longer be dumped in waterways to reduce the risk of contamination.

Garbage Collection in the US

Fast forward to the late 1650s in New York. Laws are passed that prohibit residents from tossing waste into city streets. This didn’t stop people from finding a convenient place to dispose of their trash, even if it presented a problem for the environment.

It wouldn’t be until 1757 that Benjamin Franklin implemented street sweeping services in Pennsylvania, and started campaigning for trash to be buried. Trash collectors with horses and carts would collect trash from the streets regularly and bring it to incinerators, farms, or send it to the ocean to be dumped. Although the disposal wasn’t regulated, it’s believed that dozens of cities had established trash collection services as early as 1902 in the United States.

The Advent of the Automobile

With the invention of a rear-loading truck in the 1920s, trash collection advanced by leaps and bounds. Garbage collectors could work more efficiently, especially when trash compactors were added to the trucks around the time of World War II.

By 1929, hoppers were added to trucks so garbage collectors didn’t have to manually lift bins and dump them into the rear loader. This design inspired the commercial garbage trucks you see on your street today; drivers mainly stay in the cab and employ hoppers to dump bins into a compactor on the back of the truck.

In the 1970s, front loader trucks with hydraulics made it easy to pick up commercial dumpsters and unload their contents into the onboard compactor. It wouldn’t be until the mid-1990s that modern trash and recycling trucks would have roll-off dumpster features that allowed the vehicles to haul up to 20 tons.

President Clinton issued an executive order in 1994 to encourage federal agencies to put an emphasis on recycling, something that remains important to Western Elite today. By 1996, the nation hit a 25% recycling rate and set a goal to increase it by 10%. This is a big improvement compared to the early 1900s when people were burning any and all waste materials in their yards.

Thanks to regulations regarding disposal, trash collectors were no longer permitted to dump refuse in the ocean as early as the 1930s. To assist with the development of proper trash disposal, the Solid Waste Disposal Act authorized grants for researching disposal methods, and the National Association of Waste Disposal Contractors was established. This privatized waste disposal and paved the way for what is now known as the National Waste and Recycling Association (NWRA). Their goal is to improve the quality of life for Americans with proper waste disposal and recycling management in the US.

While we may not yet be on par with a town like Kamikatsu, Japan, known for recycling 90% of its waste, at Western Elite we’re doing our best to sort through 100% of our dumpster rentals to separate recyclables from waste. Nevada has a state-wide goal to recycle 25% of the waste it accumulates, and Western Elite is committed to working toward that goal at our material recovery centers.